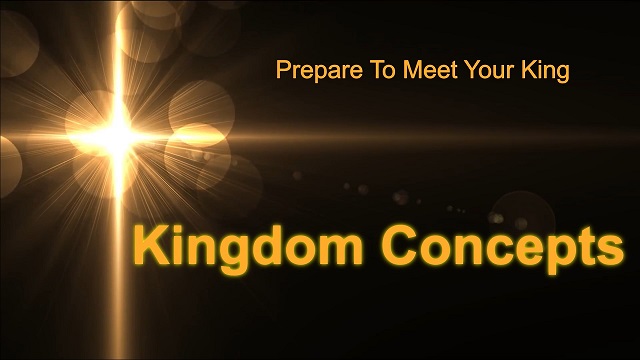 Many similarities exist between all pagan religions, even the religion of Christianity and its pagan counterparts. Easter is one of the year’s biggest Christian celebrations, yet few believers realize they are worshipping an ancient pagan god called Sin.

Christianity is connected to Islam by the father of Ishtar, the ‘reason for the season’ of Easter. It is from the Egyptian Ishtar, the goddess of Venus, that we have the celebration of Easter. Ishtar’s father was the god Sin. He is one of the oldest known gods of ancient times and his symbol was the star and crescent we now know as the symbol if Islam, but that also appears in Catholic churches worldwide.

The symbol of the ancient crescent moon, being much older than the religion of Islam, was a symbol also used by the Zhou Dynasty of China, the Greeks, the Mongols and the Persians among others long before Islam existed. Abraham lived in Persia at the time worship of the god Sin, who was called Nannar, was prevalent. Abraham most certainly was familiar with the star and crescent.

Muhammad grew up worshipping many pagan gods in the Kabah, including the moon who was called variously Hubal and Allah. Muhammad stopped worshiping the moon after his conversion to monotheism through the influence of Christianity, but the symbol remained.

Sin, the moon god, occupied the chief place in the ancient astral triad. Its other two members, Shamash, the sun, and Ishtar, the goddess of the planet Venus, were his children. Sin’s earliest physical appearance was as a ‘bull god’. The bull’s crescent shaped horns link him to moon worship. Later, Sin was depicted as an old man with a long beard the color of lapis-lazuli who wore a turban.

Every evening, he rode in his barque²which to mortals appeared in the form of a brilliant crescent moon²to navigate the vast spaces of the nocturnal sky. Some people believed that the luminous crescent was Sin’s weapon. But, the legend says one day the crescent gave way to a disk that stood out in the sky like a gleaming crown. There could be no doubt that this was the god’s own crown. Sin was called “Lord of the Diadem” for wearing the crown of the sun. This is why Sin is also associated with sun worship.

These successive and regular transformations lent Sin a certain mystery. For this reason he was considered to be µHe whose deep heart no god can penetrate’. Sin was said to be so full of wisdom that the other gods came to consult him, even asking him to make decisions for them. His wife was Ningal, µthe great Lady’ or ‘Queen of Heaven’. He was the father not only of Shamash and Ishtar, but also of a son Nusku, the god of fire.

Sin is said to be a moon god of Semitic origin because he was worshiped in ancient Middle Eastern religions. As one of the principal deities in the Babylonian and Assyrian pantheons, he was lord of the calendar and of wisdom. The chief centers of his worship were at Harran and Ur. The tower of Babal in Gen 10 may in fact have been a Ziggurat in Sin’s honor.

The ziggurat of Ur (shown at left) may be similar to the Tower of Babel. A statue of Sin would have been carried in procession to the temple called the “Hill of Heaven”. This is an actual drawing from the British Museum in London.

Nanna, Sin by another name, was worshipped in the ziggurat of Ur. Great Kings throughout history from 2600 BC to 550 BC had their daughters officiate as high-priestess of Nanna at Ur.

The Sumerians left thousands of clay tablets describing their religious beliefs. As demonstrated by Sjöberg and Hall, the ancient Sumerians worshipped a moon-god who was called by many different names. At the Northernmost end of the Sumerian empire, the city of Harran worshipped the Moon Deity as patron G-d under the name of Sin. Other popular names were Nanna, Suen, and Asimbabbar. (Mark Hall, A Study of the Sumerian Moon-god, Sin, PhD., 1985, University of Pennsylvania).

The status of Sin was so great that from 1900 BC to 900 BC, his name is witness to the forging of international treaties as the guarantor of the word of kings. During celebrations, a garlanded black bull was sacrificed. Bulls were associated with Sin from earliest times.

It is clear that Sin was the dominant deity in Sumeria given the amount of artifacts concerning the worship of this moon-god. He played a large role in the Egyptian religion, as well, under the guise of the Taurean bull. But his role in Egypt was eclipsed by that of his daughter, Ishtar.

The god named Sin is still active in the world in disguise hiding behind symbols people no longer understand. This is convenient for Sin’s creator, Satan. The names of Sin changed throughout history to disguise their true origins. But a pagan deity by any other name is still Sin.

Think for a moment of the symbolism of the Bible about the bulls that were sacrificed in the Tabernacle and Temple and the crescent moon that marks the beginning of each new month and it becomes apparent that Satan can do nothing new. His only talent is the perversion of the truly sacred.

The sacrifice of bulls would have been well understood by the Hebrew people as the literal slaying of Sin. Pagan religions pervert this into a triumph of man over his ‘beastly’ nature instead of the riddance of Sin and today, no one understands the importance of slaying Sin. The crescent moon heralds G-d’s new month and lights the sky at night just the way G-d said it should. The sun is the light for our daytimes. When perverted separately or together, each of these objects become symbols that bring out the worst in us. But when brought into the light of holiness, they bring us closer to G-d by reminding us of Him.

The appearance and names of Sin has changed over time, but it is still the same old slew foot liar behind them all. Sin in paganism is a god, but Sin in the Bible is transgression of the Torah. The major world religions striving for uniqueness have found nothing unique in their symbols for, in the end, they all serve the same god Sin.