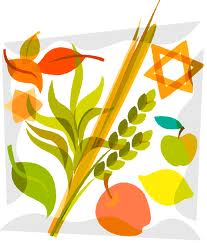 On the Shabbats of October 8, 2022, October 15, 2022 and October 22, 2022, there will be no online Shabbat meetings. We will be in Jerusalem for the Feast and will be spending those Shabbats with our Ephraimite brethren who also will attend the Feast in Jerusalem. Please remember that it is a sad and excruciatingly painful ordeal to be cut off from Jerusalem. Exile is not the place to celebrate the Feasts but, rather, to mourn and cry out to YHVH for not being in His capital city where His light can shine through those who are able to attend. Those who are unable to go for any reason can pray toward Jerusalem and can mourn for their very great loss.

Pray toward the city to repent for YHVH having to exile our ancestors and that we are still in exile and we can’t always make it to HIS celebrations. Spend your days during the Feast of Tabernacles in repentance and mourning so you will be gathered back to your land.

Zep 3:18  I will gather them that are sorrowful for the solemn assembly [moed], who are of you, to whom the reproach [shame] of it [not being able to be at the moed] was a burden.

Folks, the sorrowful will be gathered, not those who celebrate YHVH’s wedding rehearsal in their own homes and home towns or in the places set aside by others. No Bride should ever tell her Groom that she will rehearse their wedding wherever she please; that He can go to His own city to rehearse but, instead, she will do their wedding rehearsal where she wants instead of where He wants! The real wedding Feast, Sukkot, will not be held wherever SHE wants! It will be held where HE commanded – Jerusalem!